INDEXA provides a unique approach to designing interior and exterior spaces in order to meet nowadays and future human needs. While designing and forming a space INDEXA takes into consideration the climatic conditions and reintroduces the authenticity in a modern way to achieve different example of the architectural pattern and create an art piece fit within the urban environment.

BW INDEXA has been commissioned by the Governor of the Central Region of Saudi Arabia to produce a concept and management plan for the Al Aredh National Park, a 4,400 km² land located west of the Capital City of Riyadh. The initiative, initially proposed by the BW INDEXA team as a natural continuum for the highly successful Wadi Hanifah scheme which has been developed by Arriyadh Development Authority over the past decade.
The study area contains a vast range of landscape types, from the fragile Acacia valley in the north to the majestic Al Aredh escarpment. It included the full catchment basin of Wadi Hanifah and included many established heritage and leisure assets such as KAIG and the ancient settlement of Diriyah. 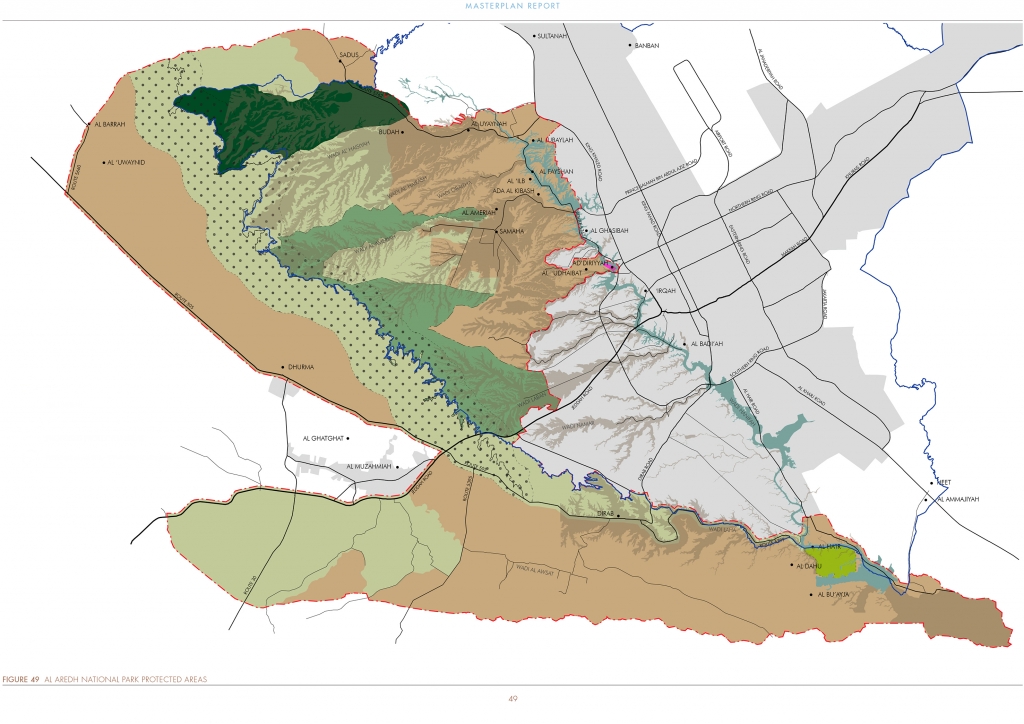